An install may sometimes spoil everything and stop running your system as it used to. It is possible that you have performed a complete backup initially.

Windows 10 incorporates a System Restore feature to save the state of your system. Windows 10 unexpectedly crashes, freezes or system constantly reboots after an update, this indicates that the current version of Windows 10 is not compatible. You may directly return to previously saved state without losing your data and files.

Microsoft continuously releases new updates for Windows 10. Users may sometimes face issues with Windows 10 updates. To get back your system in working state you need to go to the Windows Restore Point.

Below are some reasons that define why you need to create System Restore Point:

System Restore on Windows 10 permits you to take your PC back in time to undo modifications that may be inducing problems.

Let us go through the steps to configure and use System Restore:

By default, System Restore is not inactive on Windows 10, you can follow these steps to enable it. 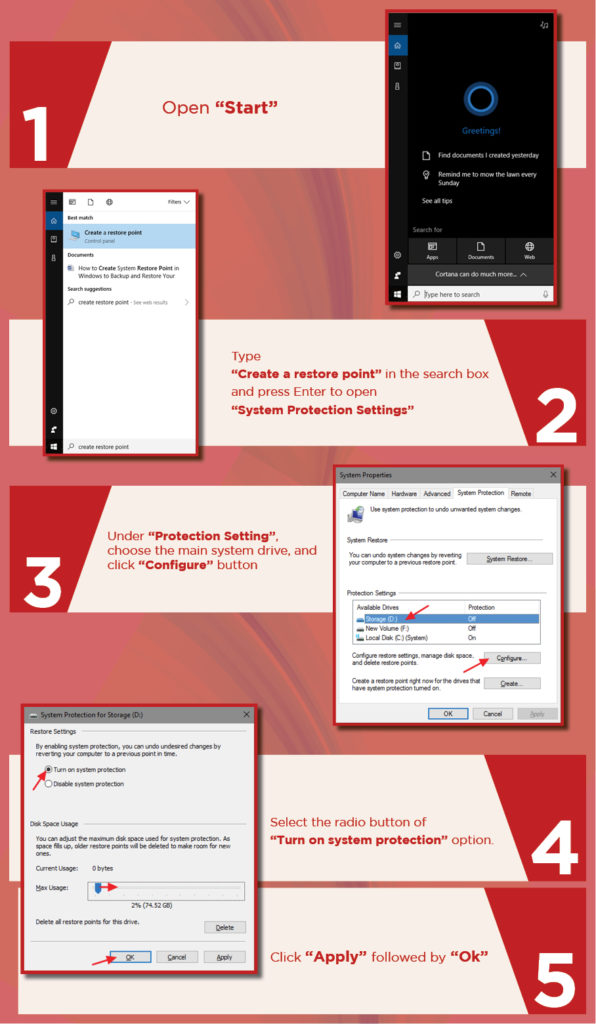 Tip: You can use “Max Usage” slider to allocate the amount of storage you want the System Restore to use. By default “Max Usage” is set to only 1%.

After completion of these steps, a new Restore Point is generated automatically whenever any important system change such as Windows 10 update takes place.
You can delete “Restore checkpoints” on the same page by clicking the “Delete” button and remove them all. You can only enable “System Restore” on supported devices. If you have multiple drives, it will not be possible to configure them.

A new restore point will be generated systematically during significant changes. Sometimes there is a need to create a restore point manually before changing anything as it might lead to problems if not done correctly. 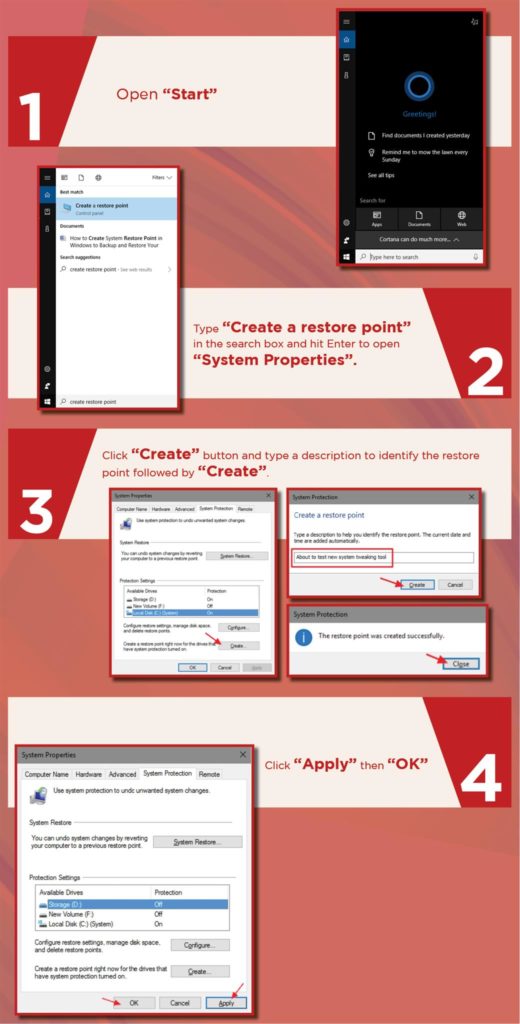 After completing these steps, if anything goes wrong while modifying the Registry, installing a new application or a driver, you can use the steps outlined below to use the restore point and undo the changes.

If you encounter any problem, before reinstalling Windows 10, you can revert the modifications using a restore point to continue using your device.

Once you are finished these steps, your device will go back to a previously saved state and you may keep working smoothly.