Android is the most widely-used operating system across the world and stores sensitive information on it. To secure the information, installation of the best security app or antivirus tools for your smartphone is must, as Google OS is usually targeted by malware and other threats due to its popularity.
Whatever mobile application you use on your Android device, you’d be wise to have an antivirus app installed on your smartphone.

Avast defends a lot of users on diverse platforms whether using mobile devices or computer. Antivirus giant, Avast, is a free Android application which has more than 100 million downloads in the Google Play Store. With a single tap, the antivirus starts scanning for infected apps, malware, and trojan to offer extensive protection against online threats.
The free version of Avast includes a call blocker, anti-theft, power saver, RAM booster, Junk Cleaner, firewall, camera trap, and SIM security. It also has an anti-theft measure permitting you to remotely lock and wipe your Android smartphone if it goes missing.

Avast free version support ads, you can pay a small premium (monthly or yearly) to eliminate these ads.
In premium edition, you will get “in-app locking” feature which enables you to secure certain applications with a PIN. This blocks malware from launching apps automatically like banking application.

Bitdefender Antivirus is a powerful antivirus app which protects against all major Android threats. This free antivirus is an extremely lightweight app as well as it doesn’t run in the background which saves system resources and battery life. Bitdefender uses in-the-cloud scanning technology to perform a scan quickly without slowing down your smartphone.
You need to schedule scans or run the Bitdefender app manually to ensure the protection. New apps are automatically scanned as you download and install them from the Google Play Store. This antivirus app doesn’t require additional configuration and is ready to go as soon as it is installed. 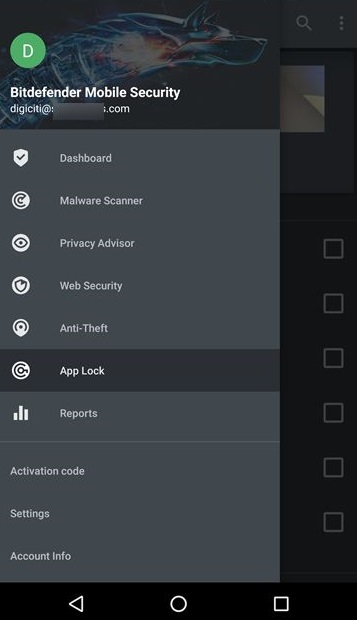 If you need added protection, sign-up for a 14-day free trial of Bitdefender Mobile Security. The 14-day free trial consists of basic antivirus as well as real-time security for Google’s Chrome browser and anti-theft features. To get complete access to advanced features like Malware scanner, account privacy, web security, anti-theft, and app locker, you can try out the paid version of Bitdefender.

McAfee is a famous name among antivirus software for PC and Android app and has achieved too many notable awards since its launch. McAfee security app scanner automatically scans the smartphone. The free features of McAfee Android app include lost device tracking, as well as locking and wiping Android devices remotely. If you lose your Android smartphone, you can even take a picture of the person who has it. 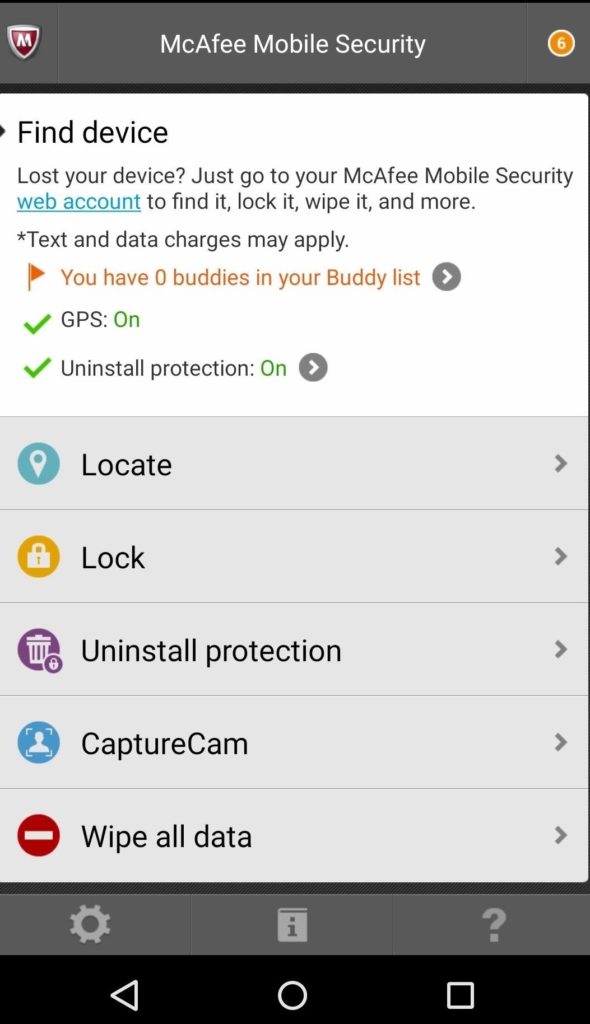 Most of the premium features are available in free version of McAfee application such as anti-theft feature, security lock, battery optimizer, memory cleaner, etc. It scans application to check infected apps and lock them if required. This security app also restricts access to malicious web pages as well as permit you to manage a blacklist of nuisance callers and texts.
McAfee Antivirus app has an intuitive interface and provides tutorials for every feature. The pro version includes only a few additional features and costly as compared to other Antivirus apps.

Kaspersky is a notable security application and it has both free and pro version for Android mobile devices. This antivirus application is excellent malware detection rate and also restrict the malicious websites and links before you click and prevent an infection from happening in the first place. 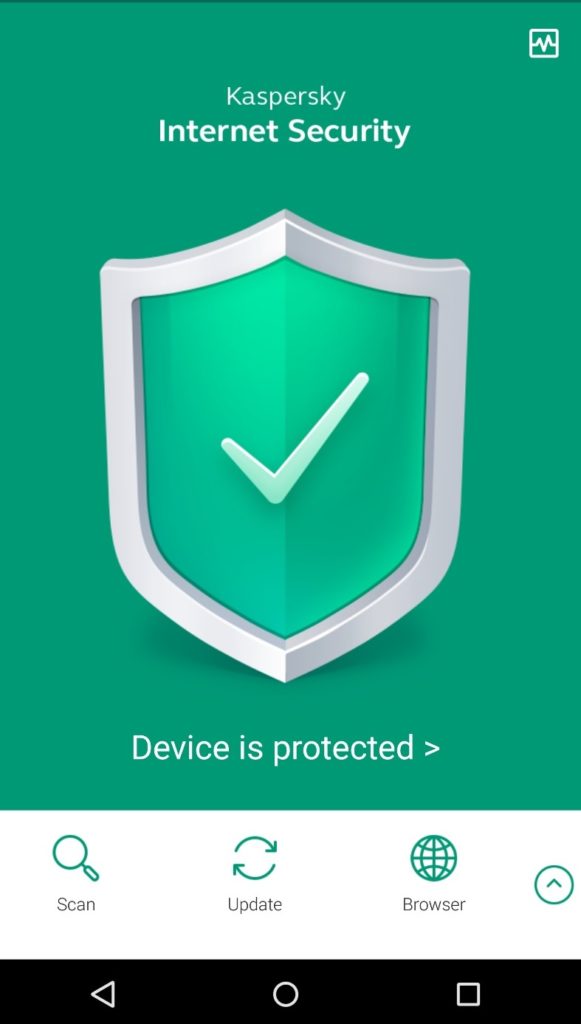 Both free and pro version comes with SMS and call blocking, scans, virus updates, and anti-theft. It doesn’t have any awful booster features that don’t work. Additionally, the premium version adds features like real-time protection, app-lock, anti-phishing and more. However, you can access all premium features for a free trial for 30 days. Kaspersky Mobile antivirus app also supports Android wear which streamlines the security management.

Symantec makes one of the best security solutions and recently came up with Norton Security 2018. The latest version of Norton antivirus app is far better than previous versions. Norton antivirus offers remarkable Android security features even in the free version which is able to detect malware, spyware, and viruses inside mobile applications and files, then remove them automatically. Additionally, it saves the device location when the batter of your smartphone is low. 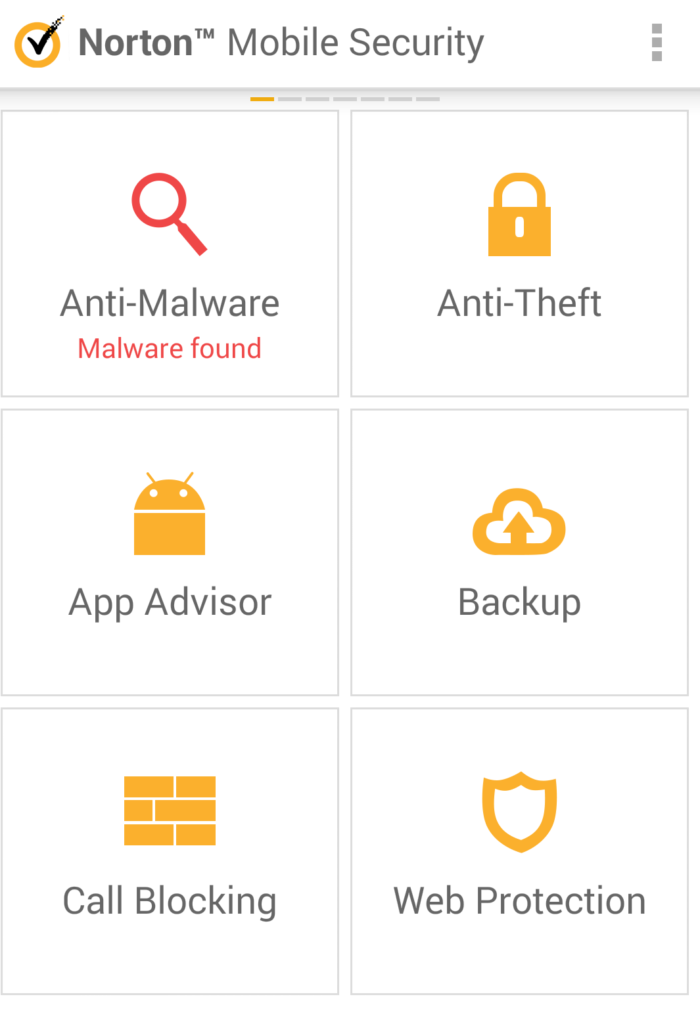 Norton antivirus triggers an alarm to search for the missing device, remotely lockup your device to secure your or block unwanted calls or SMS. This security app has distinct stand-alone apps like app locker and password manager which are freely available in play store. The premium features are available for a trial period of 30 days. Overall, Norton Security is the most reliable and best antivirus for Android without a doubt.

Choose antivirus application according to your smartphone need to protect your Android device against various threats. But if you are looking for the best antivirus software, you can try out our recommendations.